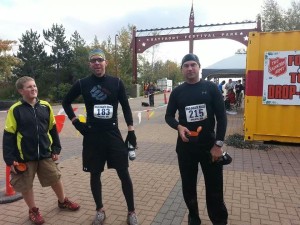 Well the 50k is officially on the books!   Tony and I ran a respectable race for a couple of flat landers.   We ran strong and hard.  We both had our weak moments but lifted each other up and helped each other carry on.  We ran the race and we ran to win!

We knew before we started that we would not come in first but we ran with the intent of winning anyway.  Tony and I had an interesting conversation after the race where he said why would anyone run a race like this for fun?   Why would they ever enter and not intend to win?The race of life very much parallels the race we just ran.  It is long and hard.  There are moments of wonder and euphoria and there are moments of pain and despair.   END_OF_DOCUMENT_TOKEN_TO_BE_REPLACED

Passion for the Pain 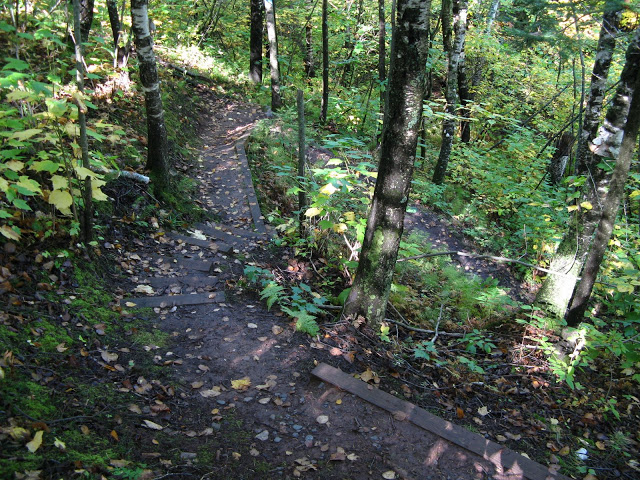 Monday night I went out for a 5 mile run. This was after doing the longest run of this cold spring the day before of 11.5 miles.  The pain I felt with each step was pushing my limits.  Then add in the fact the sun had gone down and there was a brisk cold wind pushing in our last “winter storm” of the year and running suddenly did not seem like a good idea.  Every corner we turned the wind seemed to keep blowing in our face.  Tony and I had already set out and after about 5 minutes of complaining about how my legs felt they were going to snap in half at mid shin and how cold the wind was I decided to shut my mouth and press on.  END_OF_DOCUMENT_TOKEN_TO_BE_REPLACED 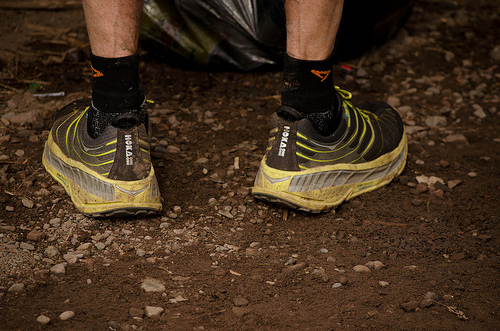 A Call to Arms:

So spring is right around the corner and I am looking forward to training for the Wild Ones 50K trail run in Duluth.  So far the only ones committed are Tony Thoma and myself.  We are looking for a few good men to join us so if you have interest let me know.  A team of 4 would be great.  For added incentive END_OF_DOCUMENT_TOKEN_TO_BE_REPLACED

I was never a runner.   I hated running.  The closest I ever came to being a runner was during my high school football career.  But even then I only ran as to lay a smack down on some unsuspecting running back.  I could do that all day.  But I have never been interested in running aimlessly.  Until….

One day I was playing with my oldest son Jacob and after about fifteen minutes of chasing him around the yard I thought I was gonna die of exhaustion.  The catch here was he was only seven years old.  CRAP! I thought, if he is only seven now and I’m breathing this heavy, what am I gonna do when he is fifteen?  The next morning I started running.  I ran two miles and thought my face was going to explode off of my head.

It took me a month of face exploding runs before I began to find my feet.  It was during my first four mile run when a runner was birthed in me.  I was nervous.  Could I actually run four miles without stopping?  After a month of running I was sure a four miler would cause cardiac arrest.  I told myself that I would run for one hour straight.  If I completed the four miles in that time then great.  If not, then I would try again. END_OF_DOCUMENT_TOKEN_TO_BE_REPLACED 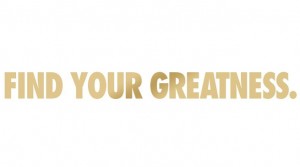 Greatness can be referred to individuals who possess a natural ability to be better than all others. This concept implies that the particular person or object, when compared to others of a similar type, has clear and noticeable advantage. All too often we perceive greatness with this definition in mind. We think that greatness is reserved for a few chosen people and that we are reserved to a role of standing by and watching “superstars” perform acts of greatness. All too often we compare ourselves to others and fail to realize that we all have the ability to be great in Gods eyes.

John the Baptist was a great man of his time. He lived his life and used his ministry to serve Jesus and open the hearts of people for the coming of the Christ. As great as John was, Jesus says that those in God’s Kingdom are greater still — not because of what those in the Kingdom have done or will do, but because of the grace of God given through Jesus’ atoning sacrifice and adoption into the family of God. END_OF_DOCUMENT_TOKEN_TO_BE_REPLACED